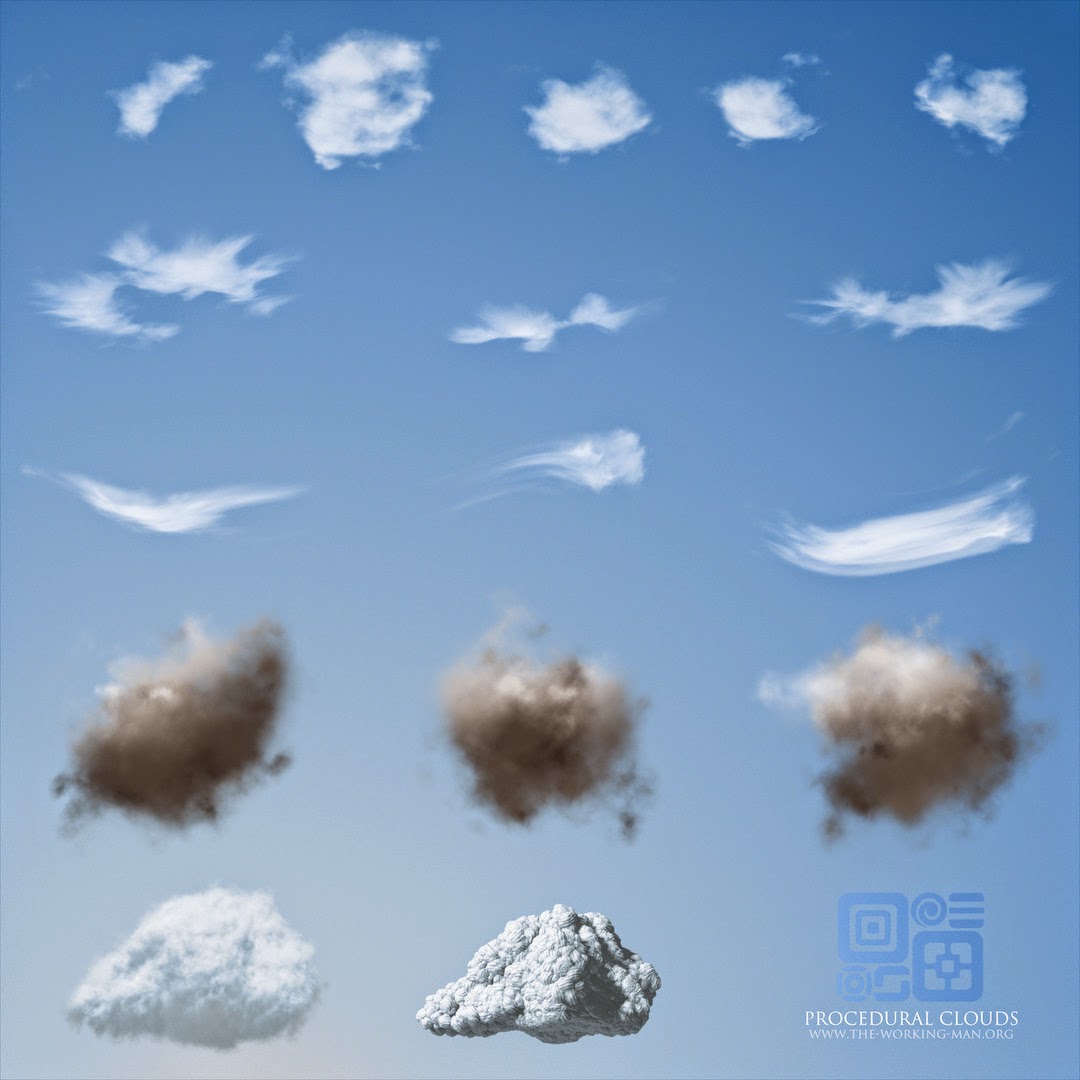 I've been playing around with generating procedural clouds lately, and this time before turning to the heavy artillery of full scale 3D volumetrics, spent some time with good old fractal noises in the good old Fusion.


So row by row, top to bottom:

The base fractus cloudform generator assembled from several noise patterns: from the coarsest one defining the overall random shape to the smallest for the edge work. It is used as a building block in the setups below. Main trick here was not to rely on a single noise pattern, but rather to look for a way to combine several sizes which would maximize the variation of shapes. The quality of the generator seems to be in direct correlation with the time, tenderness and attention spent on fine-tuning the parameters – the setup itself is not really sophisticated.

Another thing was not to aim for a universal solution, but to design a separate setup for each characteristic cloud type. Good reference is a must of course. Keeping such system modular helps as well, so that the higher level assets rely on the properly tuned base elements. Second and third rows are nothing more than different modifications of the base shapes into cirrus through warping. All 3 top types are then put onto a 3D-plane and slightly displaced for a more volumetric feeling.

Clouds in the forth line are merely the 3D bunches of randomized fractus sprites output from the base generator. The effect of shading is achieved through the variance in tones of individual sprites.

The lowest samples are more stylized experiments in distorting the initial sphere geometry and cloning secondary elements over its surface.
Posted by Denis Kozlov at 8:41 PM
Email ThisBlogThis!Share to TwitterShare to FacebookShare to Pinterest
Labels: my stuff, procedural, techniques